My first real trip abroad was to Venice, Italy with some Stonehill pals- Abbie, Mel, and Gina. We went on a weekend from Friday-Sunday towards the end of January which is before the big Carnevale celebration. There was no flooding, which was a definite plus and there was also a small amount of tourists compared to the summer months.

Our train was at 6 something a.m. so it was an early morning. The train ride was relaxing and there was a lot of leg room. It’s weird here though because you get assigned seats in different cabins so it may be hard to sit with friends if you all book separately.

For anyone traveling to Venice by train, be aware that there are TWO Venice stops. One stop is about 40 minutes outside of the city and the other, St. Lucia, drops you off right outside the Grand Canal. Of course we booked tickets for the wrong station… this is a lesson for everyone to do your research before you book things!

We just stayed on the train until St. Lucia and when we walked out of the station we were absolutely amazed. I was not expecting to pop out to a beautiful greenish blue canal. We immediately took some pictures and then headed to the most famous Piazza (square) in Venice- Piazza San Marco.

The Piazza was on the other side of the island so we had a 40 minute walk through the tiny streets and allies of Venice. The streets are maybe 2 people wide and are filled with bridges and canals all over. There’s 400+ bridges and 175 canals in Venice so it’s very easy to get lost in, even if you use your GPS. GPS+small streets = not great. The canals and bridges are even more beautiful at night because they usually have hanging twinkling lights above them. Take a look at some of the pictures of the canals and bridges below!

Here are some of the main attractions of Venice that we got to explore while we were there:

In this square theres really three big attractions and we visited two of them- however when I go back someday I hope to visit the Doge’s Palace.

Our first stop: The tower of San Marco Campanile! 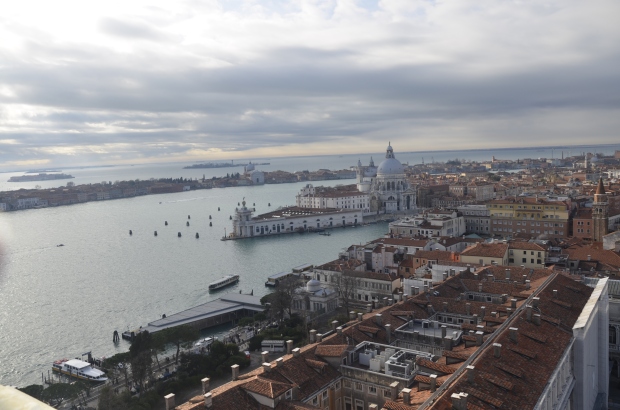 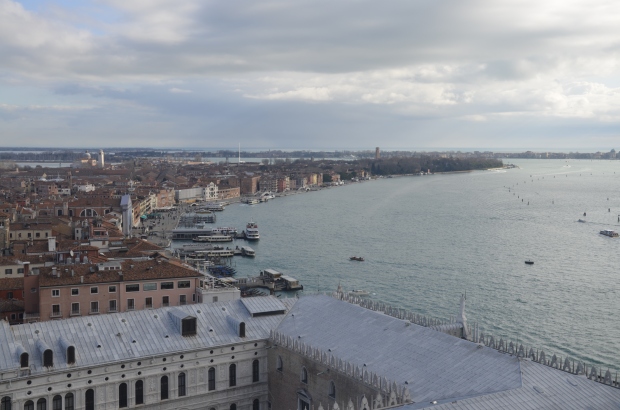 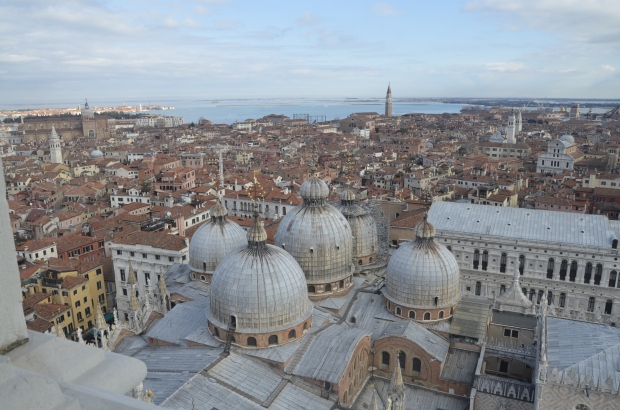 -This is directly across from the tower. It is free admission, however there is a balcony that you can go up on but I believe it is between €3-€5. I would definitely recommend paying the money to go on the balcony! Inside the basilica it is absolutely beautiful. It is covered in gold from head to toe. You can’t roam this church freely, you have to stay within guided boundaries which kinda stinks. I definitely suggest going here super early because it gets packed. You also can’t bring in backpacks or any big bags.  If I could put in some pictures, I would. Sadly, no photos allowed inside the Basilica.

This ride is €80 and I’m 99.8% sure the price is regulated by the city of Venice. The ride is 30 minutes and it ended up being €20 each so I can’t complain. Our gondolier said he was 4th generation and his entire family lives in Venice. He was even texting and gondoliering at one point. Overall, the ride is really cool- especially if you go to a gondola stand in a tiny canal. My biggest advice for this activity is to not get one near the Grand Canal because you’ll miss all of the little streets and cute canals. You can move around on the gondola and take some cool pictures of yourself and the city. Check out some pictures below! 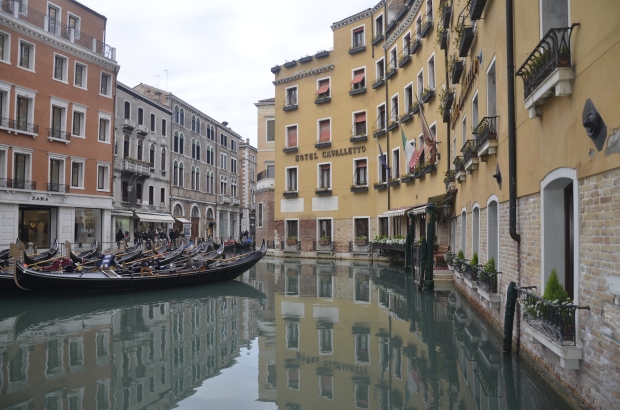 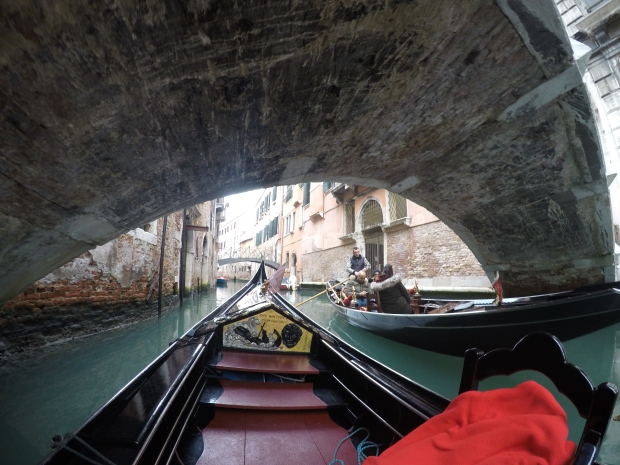 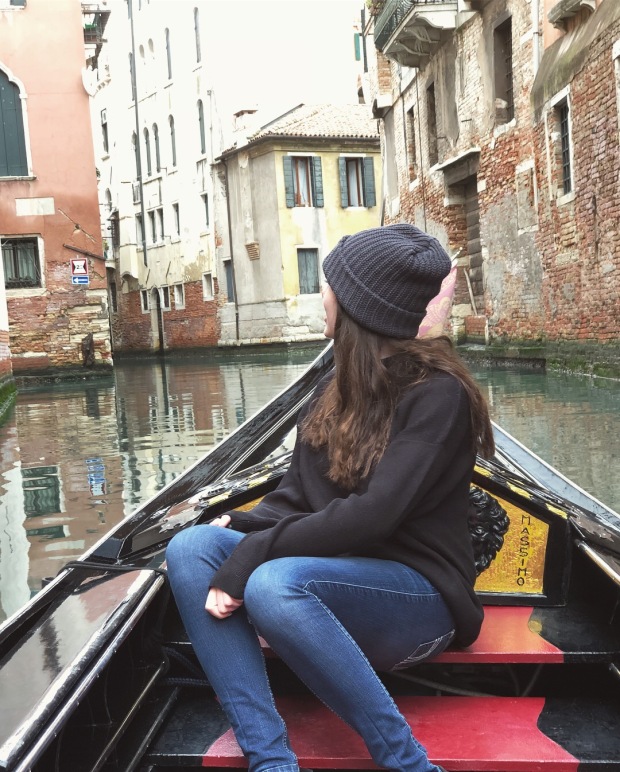 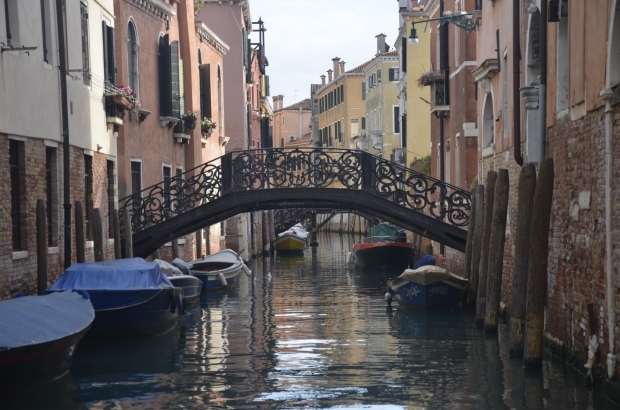 -My friends and I stayed at the Generator Hostel. It was across the Grand canal and was filled with young people which was nice. I would definitely have preferred to stay on the main island, but it was only a 5-7 minute boat ride around.

Overall, Venice was a great first trip because it was easy to get to, and not too far from our home base in Rome. If you’re studying abroad in Rome or living in Italy and are new to traveling, I definitely recommend taking a trip to Venice. It’s a very relaxed destination and it’s also not too crowded if you go in the off season like we did.