We begin my journey through Germany in Berlin!

A majority of the sites I mention in this post will have pictures of them shown at the bottom of the post!

Getting off that 9 hour red eye flight from Logan to the airport in Berlin, we were all dead tired. Being awake for over 24 hours was hitting myself and my classmates pretty hard. The time change was definitely messing with us and all we wanted was food and a hotel bed to fall asleep in. I literally cannot describe the way I felt after finally landing, but it was not a good feeling. I threw up in the Munich Airport right after we landed our 1st flight and I could not eat anything without feeling so sick.

Of course, right when we landed one of our professors was there waiting for us at the airport with a 2 hour bus tour of Berlin. Immediately driving into the city it was not what I expected. It was very dark and gray- more of what I pictured Russia to look like but that was probably because we were in East Berlin for at least 1/2 of the tour. Obviously running off of no sleep I don’t remember much of it, but we did see the Berlin wall which was pretty cool. Most of it was torn down, but a brick line- similar to the freedom trail in Boston ran throughout the city.

Later that day, I had my first taste of true German food and drink. We went to a German restaurant and were served a thick mushroom soup to start followed by pork, potato dumplings, and sauerkraut. It was at that moment that I realized I am definitely not going to like German food (Anyone who knows me figured this would happen). I also tried my first German beer and as someone who doesn’t like beer, it was pretty good!

In Berlin, we saw a ton of historical sights because duh we’re in Berlin! I’m not going to go into detail about all of them, but here is my top sight and a little bit about it:

On the first full day of our trip, we thought we were heading back to our hotel on the train- but we actually stopped at the train station and were told we were getting a tour. When we heard that we were like what?! we don’t want a tour of this! However, we went in some creepy door under a staircase and entered an old WWII air raid shelter. No pictures were allowed here but it was pretty cool and also very creepy. This shelter was never hit in the war surprisingly. There were various rooms in the shelter and the first thing our tour guide said was “don’t touch the walls”. When she said this all of us looked at each other like she was crazy until she shut off the lights, waved her flash light around in the dark, and there on the walls appeared bright green glow in the dark paint. All of the paint was still radioactive and had been used to help guide people to the exits of the shelter if power was cut. Our tour guide also told us that there were about 1000 people allowed to stay in the shelter during a raid and that the raids only lasted for a few hours at the most. However, way more people than 1000 stayed in the shelter and as the raids got longer, it became more dangerous for the people inside. The more people and the longer the raids, the less oxygen there is. This was a huge concern and the tour guide even said if it got to a level where there was limited oxygen- people would have to leave the shelter, even if the air raid was still happening. Somehow, it was safer for people to be out on the streets than in the shelter with little oxygen, because at least they would have some chance of survival out there.

I think this was my top sight I saw in Berlin because it was crazy to stand in this old air raid shelter in a train station. I literally walked by that door and had no idea that this whole shelter was right behind and underneath it. It’s also surreal to be standing where over 1000 people stood less than 100 years ago, wondering if they’d even survive the air raid and ever be able to exit the shelter.

We were only in Berlin for 2 nights and we did not have that much time to explore, but we did have some fun the day we got a free night in Berlin.

First of all, we went to a gay bar…. had no clue it was a gay bar until we left. It had great food and AWESOME drinks so shoutout to them!!

Later that night, we went to a German club called Tressor and let me tell ya that was definitely an experience. We got so lost going there because we obviously had no wifi or cell signal so we walked around a random neighborhood in Berlin for the 30 minutes. When we finally got there, we stood in this long line to what seemed like a warehouse.

Meeting Neo-Nazis: Now this is where it gets interesting…..

As we’re standing in line 2 guys come up to us and start talking. They started telling us that they were German and asked us if we knew about the whole idea of Aryan (blonde hair blue eyes). we said yes. I thought it was a weird question and it got even weirder. One of the guys named Dorian told us how people love Aryans and that you’re essentially held at a high standard if you are one. They also said that guys love Aryan girls. At that point I was like oh okay some people in Germany still believe thats the desired look to have. He then said to me “you’re almost there, you have blue eyes but you don’t have the hair”. That kinda creeped me out because hearing someone compare me to Hitler’s desired look for the German race was just something I never thought would happen.

They continued to talk to us until we got inside and then Dorian got stopped at the door and was told to take off his sweatshirt. When we asked why he said it was because it was Nazi. To us, the shirt didn’t look Nazi, no swastika or any Nazi symbol we would recognize. However, in Germany there are a lot of code symbols for Nazis that they use to show their support.

This whole encounter was probably one of the most memorable of the whole trip. Who would have thought that on the first real night I would meet an open neo-nazi. It’s still crazy to think that about 15% of the population in Germany is still belonging to extreme right-wing parties with ideals like the Nazis. I think it really just shows that although the government may do everything they can to crush support and educate people, it will still not change people’s personal ideas. Meeting someone that genuinely supported something that was so destructive blew my mind. I don’t understand how someone could learn about the holocaust (which is required in German schools) and still think to themselves “wow this is morally, ethically, spiritually okay”.

My overall rating of Berlin and why: 5/10

Clearly by that rating I was not the biggest fan of Berlin. I think when you read my next posts as well as see pictures from other towns you’ll understand where I’m coming from. The architecture was dark and depressing. There were some historic sights that were really cool, but they did not take my breath away like other places on the trip did. Overall, I thought the people were rude and the city didn’t have as great of an atmosphere as other cities did.

Check out some pictures below of some of the highlights of my time in Berlin! 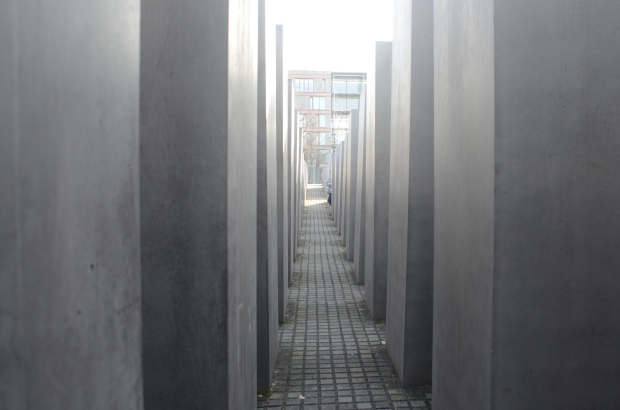